The Voice of Iowa Track and Field

At last weeks Rotary meeting, Jim Gorham invited Mike Jay to speak to the club about his experiences as a track and field announcer. Mike has been passionate about track and field since his early teenage years when he was first introduced to the sport watching his big brother run for Columbus Junction. Mike has spent several years as the announcer for the annual Drake Relays, as well as the Iowa High School State Track and Field meet hosted at Drake each spring. He also does events for the University of Iowa and Iowa State University, such as the Big 10 championships.
He also announces for track meets hosted by the Washington Demons! 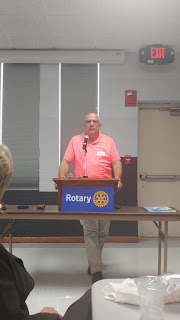 Rotary was also joined this week by Sony Kwang (sorry if spelling is incorrect), guest of John Moenck. Sony is a minister in Washington. 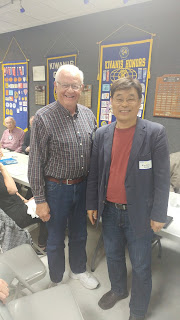