This week at Rotary Teri Hartzler and Amy Schulte invited Michelle Driscoll to talk to the group about the Kewash Half Marathon. The run started in 2014 with about 70 participants and has grown over the past 5 years with over 240 participants from 10 different states last year. Last year, over $8000 was raised, with part of the funds being returned to different organizations and clubs in the community, including 2 youth running groups in Washington, and the high school cross country team.
This year, the race will be held on Saturday, April 20th, and will start and finish outside JPs 207. The route goes through some of the more beautiful and historic parts of Washington, before heading west out of town onto the Kewash Nature Trail. There is a half marathon, a 10K and a 5K. New additions to the race this year include pacers for those trying to set new personal records, or who just want to run with a group of people for extra encouragement. Organizers are also hoping to have cheering sections set along the route to give runners an extra nudge to keep going. There will be a group of local firefighters who are going to run the half marathon as a relay, with each one running 1 mile in full fire gear.
The organizers are asking for volunteers to come out the Saturday before, April 13th, at 9 am to meet at the trail entrance near Sunset Park to help with trash clean-up. The flyer for the clean-up is pictured below, and you may contact Teri Hartzler if you are interested in helping.

Teri also spoke briefly about a new program the Y is hosting for community members with special abilities. Each Tuesday afternoon in the month of April from 3-5, they Y will host The Social Scene. A new activity will be offered each Tuesday for participants to expand their skill sets and try out some new things. The flyer is pictured below with more information. 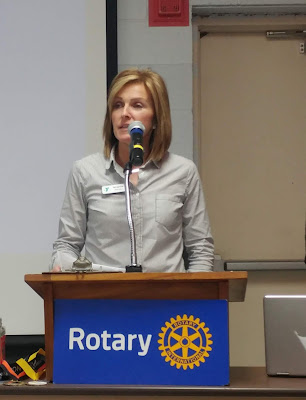 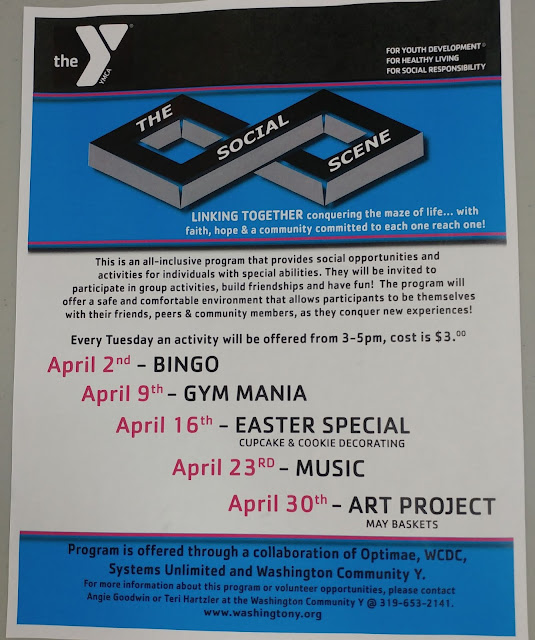 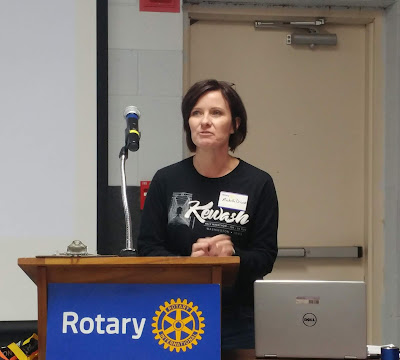 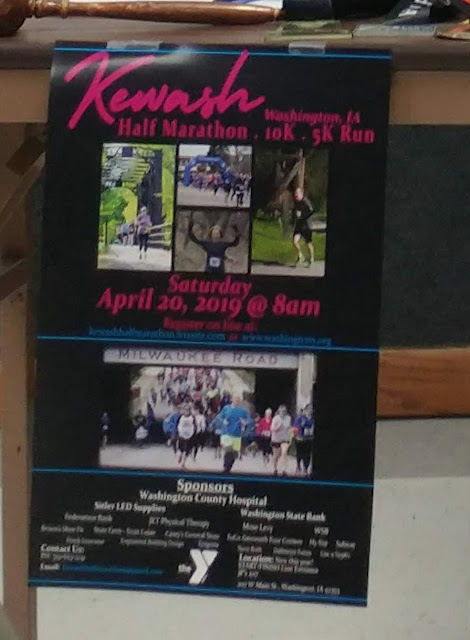 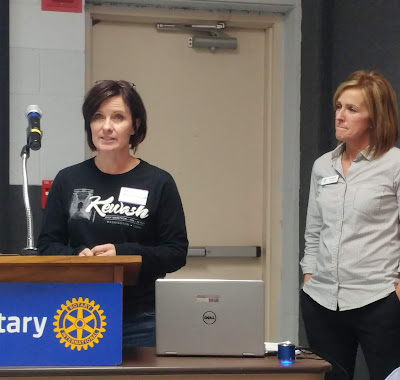 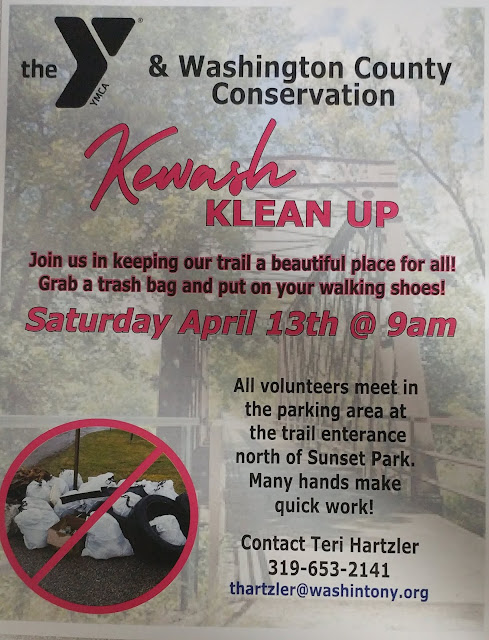 The Washington Rotary club was joined by several guests at last weeks Rotary meeting to celebrate Ag Day, which was March 14th. Don Vittetoe brought in guest speaker Aaron Putze from the Iowa Soybean Association to speak to the group about some important issues the American soybean farmer is currently facing.

Aaron grew up on a farm in West Bend, IA. He has a degree in public communications from UNI, and is currently employed as the Director of Communications & External Relations for the Iowa Soybean Association.
Aaron reminded us of the importance of Agriculture in not only feeding the world, but also providing all sorts of other material products, as well as renewable energy sources. Only 4% of the world's surface is usable in producing food. Iowa is one of the Nation's largest agricultural states, with 86% of our ground being farmed ground. The United States produced over 500 million bushels of soybeans last year, with Iowa being the number 2 producing state (second to Illinois, Iowa has been number 1 in past years. The recent drop is due to an increase in hog production).
America is currently the largest producer of soybeans world wide, while China is the largest consumer of soybeans worldwide. In fact, China uses approximately 97% of the soybean crop grown world-wide in a given year. This is scary for American farmers currently, due to the trade war that has begun between China and the United States in recent months. With taxes and tariffs on our products on the rise, China has significantly decreased its import of American soybeans. This has caused soybean prices to drop nationwide, and leads to an uncertain future for our farmers.
Aaron is visiting China at the end of March to meet with people there to learn more about the issues at hand, to discuss the future of trade between the two nations, and how this might affect the American farmer.
As it 3.14 is also National Pie Day, Aaron asked for crowd participation with a price of mini pies! Thank you to everyone who brought guests for the presentation; it was wonderful to have such a large crowd. 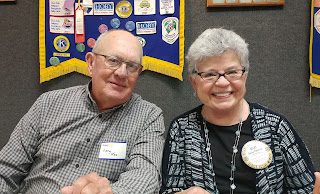 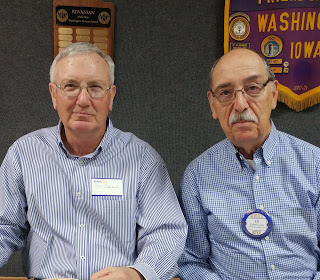 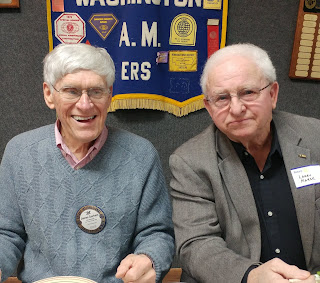 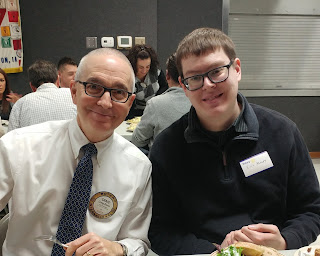 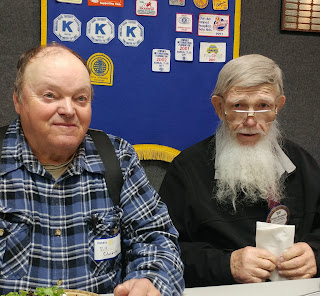 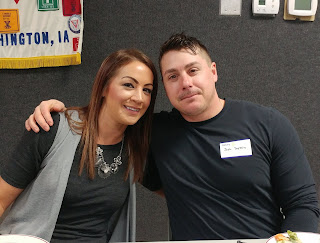 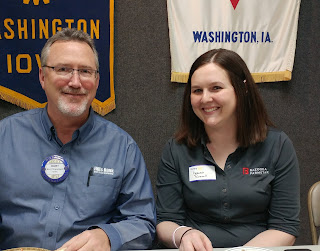 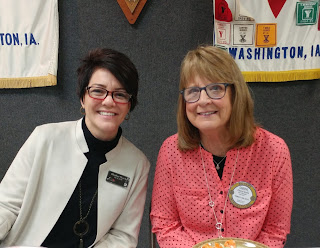 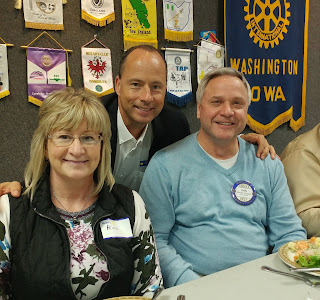 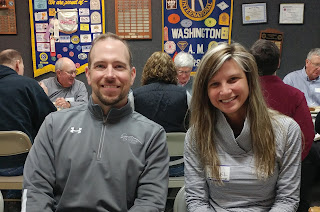 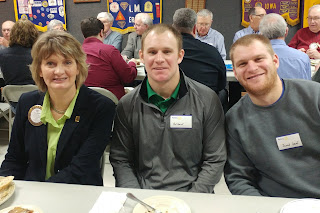 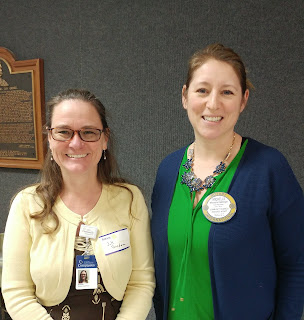 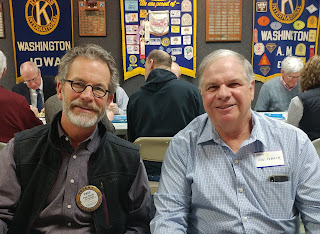 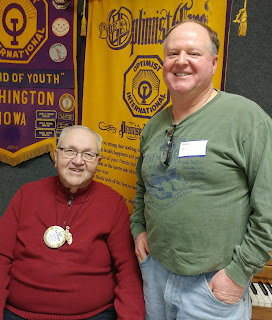 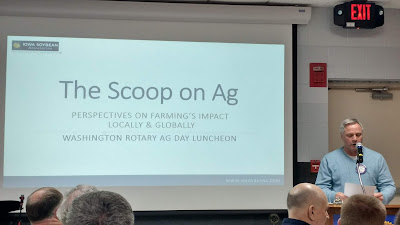 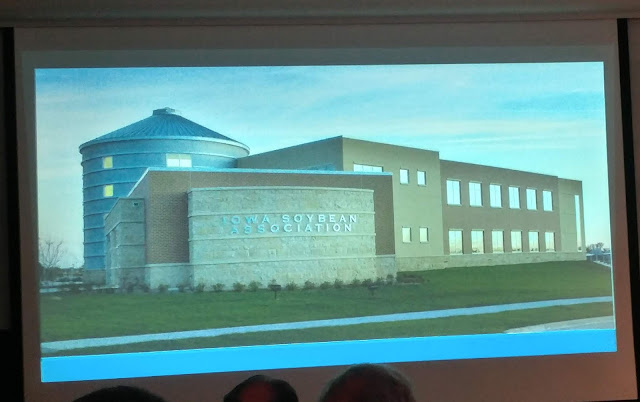 Last Week, Brent Hinson presented to the Rotary club about changes coming to the Washington community regarding the recycling process in the city limits. 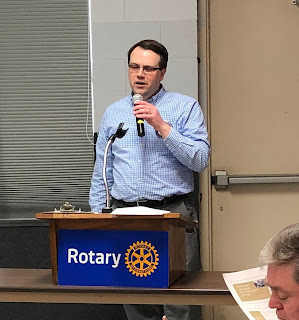 Last week, Brandi Hemsley introduced Audrianne Timmer to speak to Rotary about Healthy Living Link. Audrianne is the Health Coach at JET Physical Therapy. She began working there about a year ago, and launched a new program last fall called Healthy Living Link. This program is designed as a link between the medical treatments that patients receive, both at JET and with their other medical providers, and living a healthy lifestyle. The program can help patients in all stages of life, whether the goal is weight loss, moderating disease processes such as diabetes or heart disease, or just wanting to live healthier to feel better with less pain and more energy. The program is 16 weeks long, with 7 group meetings (small groups of about 5-7 people participate at a time), and weekly one-on-one meetings with Audrianne to discuss things such as meal planning, obstacles from the past week and how to work past them, and instruction in a personalized exercise plan. Audrianne has had 1 group of 5, plus 2 other individuals complete the program so far with great results, and saw similar results in her previous employment working for St. Luke's Weight Management Center.
Audrianne plans to begin a new group of individuals with the program within the next month. If you would like more information about the program, please contact JET Physical Therapy at 653-5494.