Bandana the Clown on IPR's Talk of Iowa

Just as Rotarian Gary Murphy was returning to Iowa to discover his goat had died and his pipes were frozen, he shouldered the burden of celebrity and was a featured guest on Iowa Public Radio's "Talk of Iowa" program on March 12, 2014.

We were pleased to have several guests at Rotary last week.

Tsalika Drowne uses her hands to introduce her cousin Randy Williams of China and his business associate, Lois, who is making her first visit to the US. We showed her that Americans like to sing after they eat lunch.

Becky Harkema brought Edie Nebel. Edie was the longtime director of the Washington County Dept. of Public Health and has been serving on the YMCA of Washington County board of directors. Note Amy Schulte's arm in the picture as well.

It is always great to have some dialog _about_ the club during Rotary every now and then.

We voted for several of the awards that Rotary makes each year.

2013 (and possible repeat) Rotarian of the Year, Ed Raber reminded the club members and guests about what are Rotary International's mission, focus and guiding principles - the basics of Rotary. It is all listed on the club website under the tab "Rotary Basics."

There was a nice turnout at Unc and Neph's on Tuesday evening. Hopefully, Mostek will have a financial report on Thursday on how much we helped to raise for the Washington 175th Celebration.

For some pics of the event, just go to the event info page on the Washington Rotary FaceBook page.

Some news that didn't fit in the last Rotary update...

Rotary is co-hosting a fundraiser event with other Washington service clubs after work at Unc & Nephs on Tuesday, March 25th.

Unc & Nephs will donate a percentage of their receipts, so the more people that show up and have dinner and/or drinks, the more money raised. Pretty easy.

This first of its kind event will be co-hosted by:
See you there! 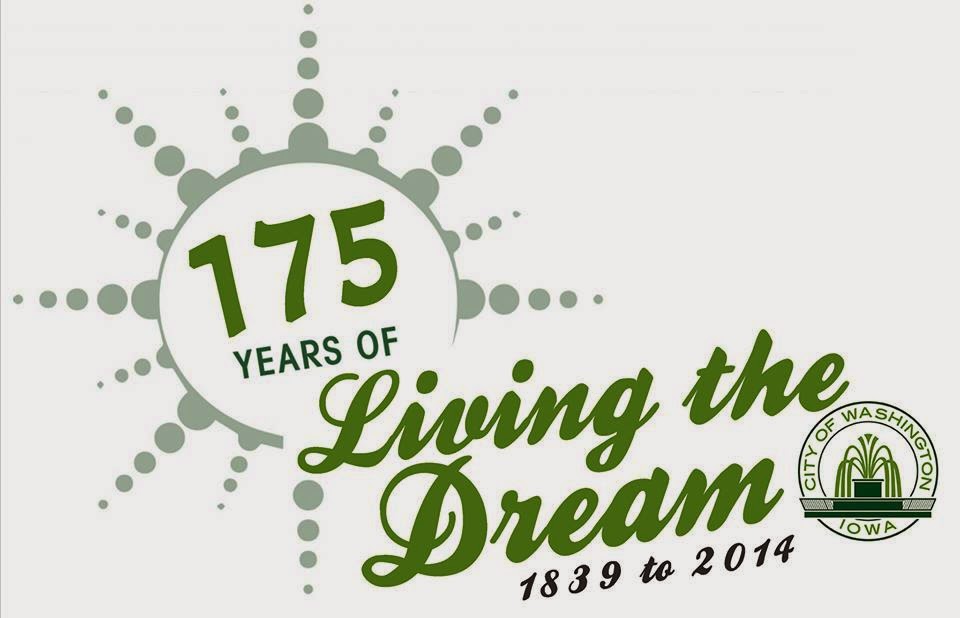 A leprechaun was spotted in downtown Washington today. He said "Ah, Laddie, you can't have the Pot O' Gold because of this clause on page 127 of your policy. Sooo sorry." 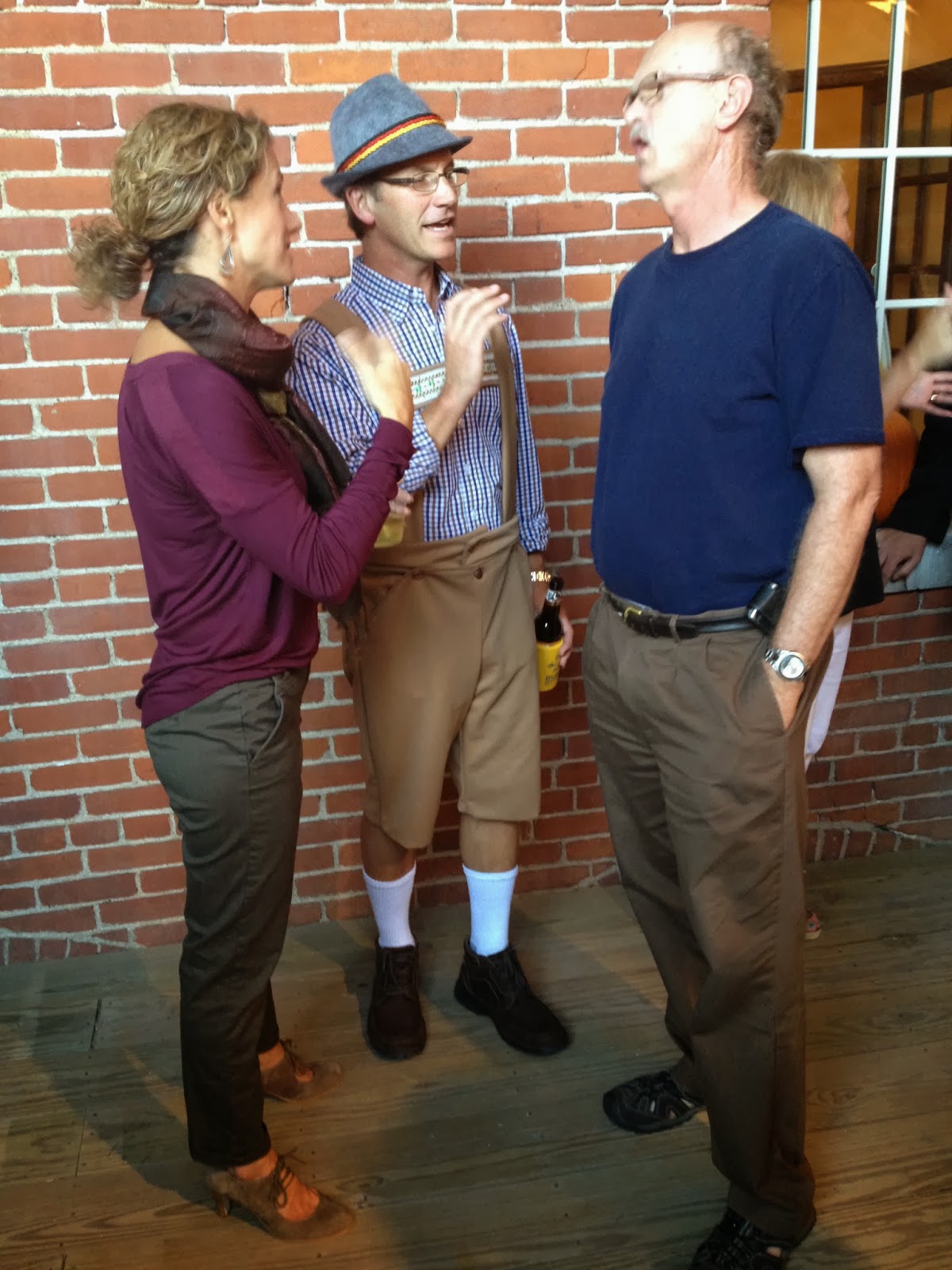 Where does your Rotary money go?

It was a great day at Rotary with two guests visiting our club. 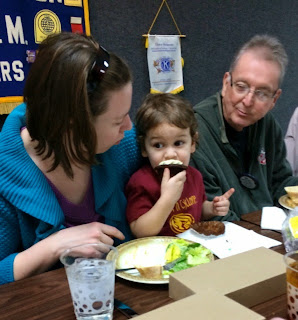 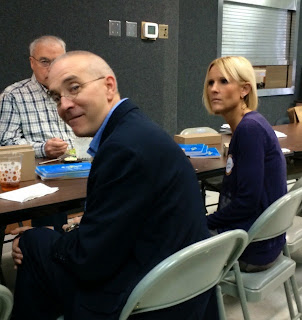 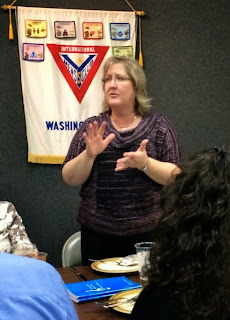 Thanks to Pres.-Elect, Susan Wellington for spearheading the daffodil sales fundraiser with the American Cancer Society. Susan told the club that we made about $3,500 and the club splits the funds with ACS. 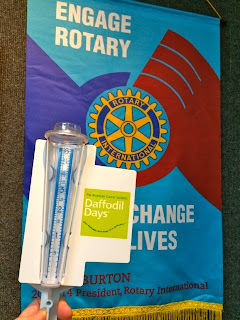 Thanks to ACS coordinator and Rotarian, Ed Rustioni for giving every Rotarian a nice gift of a water gauge. A snow meter would have been more practical, but in a few more months this will be handy too. 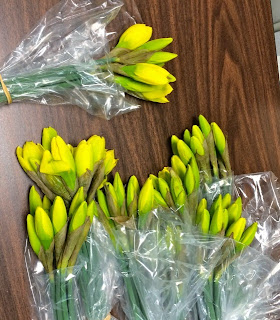 There were a few extra bunches of daffodils available for purchase at our club meeting. Nice. 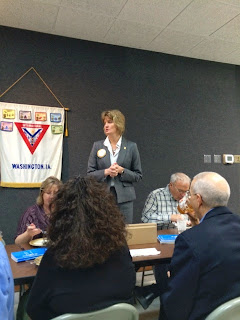 Sue Basten gave an update on RYLA - Rotary Youth Leadership Awards. Grinnell College will host the combined Districts 6000 & 5970 RYLA from July 13-18. She said the club is hoping to send one student each year, but that this year there were no Rotarian kids the right age. Instead the club is offering a scholarship to Kayla Schindler, daughter of Dawn and Greg Schindler. The Schindler's are the third and final host family for Rotary exchange student Hannah Purner. 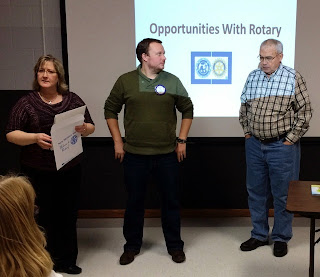 Susan Wellington gave New Member packets to new Ed Rustioni and Gene Driscoll. Gene has been a Rotarian years ago and we're glad he's back again. Here is a bit of info they told us about themselves. 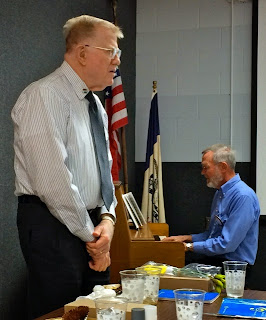 Cheryl Kurtz led our singing while John Thorne, PhD played the piano. We sang to Rotarians with birthdays and anniversarys, including Dick Colby who is celebrating 61 (sixty-one) years of wedded bliss with Betty. Congrats, Betty. 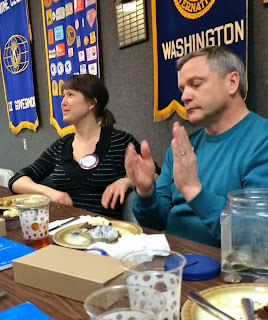 Tsalika Drown (left), of Cafe Dodici and CBJ 40 Under 40 2013, told the club she and some other young professionals were teaching Junior Achievement at Washington Middle School. Great training for future entrepreneurs and business people.


Where does your Rotary money go? 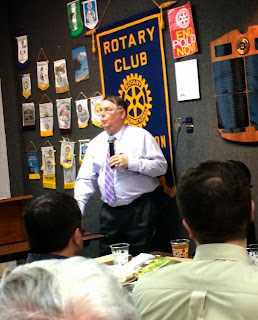 Past President, Terry Engleken gave a informative presentation about opportunities in Rotary, including Foundation information about where our money goes in Rotary.

Take a look at Terry's presentation on-line. It is a really interesting look at the global Rotary International organization.
You can also check out Rotary Foundation's Annual Report for 2012-13. A PDF version is also available.


P.S. Welcome back Gary Murphy.
After a 2 month adventure, Gary was back at Rotary. The takeaway?

Thanks to Don Vittetoe for arranging for Iowa Secretary of Agriculture Bill Northey to speak to the club for Ag Appreciation Day. Thanks to Rotarians for inviting all the guests.

Secretary Northey told the Club that Iowa ranks high in agriculture. Iowa is:

For some global perspective though, Iowa raises 21 million hogs annually, while China raises 465 million. That is a lot of bacon. 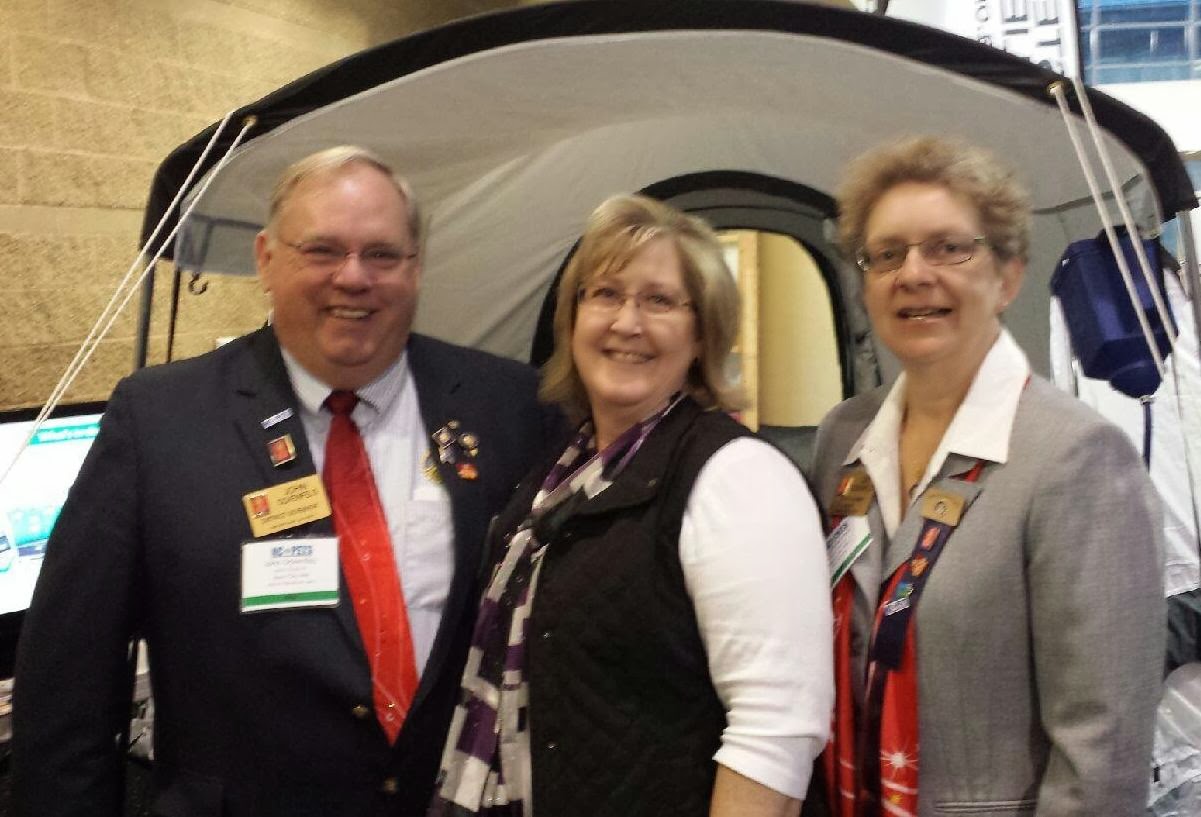 President Elect Susan Wellington is pictured with District Governor Elect John Ockenfels (L) of Iowa City and his wife Deb (R). They all spent the weekend in Rochester Minnesota at President Elect Training Seminar. What an awesome weekend!

Hey, there is a world beyond e-mail. Check out Washington Rotary's FaceBook page. Hey, we're up to 19 "likes," mostly from non-Rotarians...

If you check out our Washington Rotary web site, you probably noticed that there is a Pinterest "PinIt" badge on each blog post. You Rotarians that are Pinning pics of your dinner, you might consider pinning some Rotary pics too.

Our lunches are catered by Cafe Dodici in March. Yum.

Thanks, Matt Miller for inviting Dan Franz, general manager of the Riverside Casino and Golf Resort.

Franz discussed the upcoming consideration and vote by the 5-member Iowa Racing and Gaming Commission on the proposed Cedar Rapids casino. Click here to view or download his presentation, or click on the picture below.

He made it pretty clear that a Cedar Rapids casino would have a signficant negative impact on the Riverside Casino. 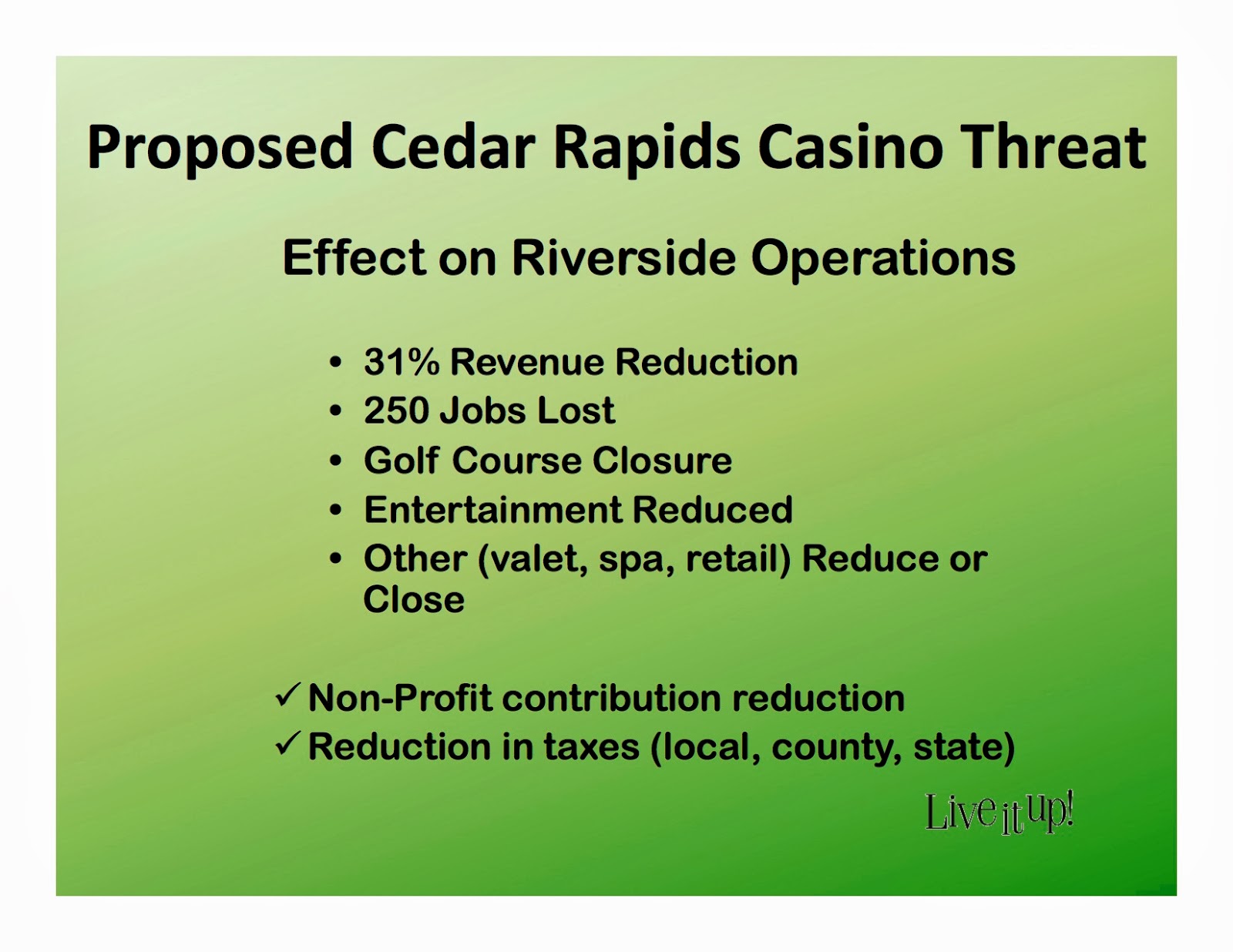 Franz invited any interested businesses, non-profits, or individuals to write or e-mail directly to the Commissioners with their input about the proposed Cedar Rapids casino.

Our lunches are catered by Cafe Dodici in March!