At this weeks Rotary meeting, club member Laura Bombei informed us about the history of her store, Wolf Floral. She also explained where the flowers that she uses come from, and the journey they take to get to her bouquets. Most of her flowers come from Columbia and Ecuador, fly into Miami, and are then shipped to Wisconsin, where they are loaded onto a truck and delivered to her 2 days a week. 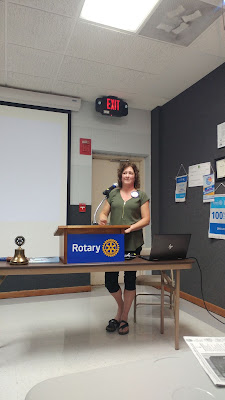 The club was also joined by Willy Stone, the new superintendent of the Washington School District. Willy, who is already a Rotarian, will be transferring in to the Washington club. 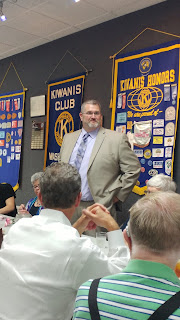 We also received an update from the Turkey Dinner (pictures hopefully to come later). Over 600 tickets were sold, with over $4,000 in profits made. Thanks to all club members who helped to pull of another successful turkey dinner!