Thanks to Sarah Brumwell and Mackenzie Petty for your presentation about Children's Miracle Network (CMN).  CMN treats 17 million children per year.  They work locally with the Washington High School Dance Marathon and Wal-Mart for fundraising.  The Washington Wal-Mart raised over $16,000 last year for CMN! Congrats to Rotarian and Wal-Mart Manager, Dennis Purcell!

Children's Miracle Network Hospitals is celebrating its 30-year anniversary! Since 1983, the organization has raised more than $4.7 billion—most of it $1 at a time—for 170 children’s hospitals across the United States and Canada, which, in turn, use the money where it’s needed the most. These donations have gone to support research and training, purchase equipment, and pay for uncompensated care, all in support of the mission to save and improve the lives of as many children as possible.

The U of I is currently in the process of building a new Children's Hospital so everything for Pediatrics is under one roof.  Right now pediatric services are spread throughout the hospital complex.  They plan to open this new facility in 2016. 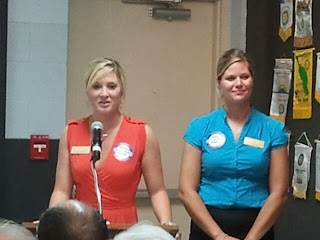