Jim Mostek invited former Iowa Hawkeye quarterback, Chuck Long, to speak to Rotary. Chuck was the quarterback for the Hawkeyes in the early to mid 1980s, shortly after Hayden Fry became Iowa's head coach. In his senior season, he came in second in what was then the closest ever race for the Heisman Trophy. Chuck went on to play in the NFL where he played for the Detroit Lions and the Los Angeles Rams. He has held several coaching positions across the country, claiming a National Championship as an assistant coach with Oklahoma in 2000, where both of his parents attended school. Eventually, Chuck landed back in Ames, Iowa, where he is the CEO and executive Director for the Iowa Sports Foundation.

Chuck was approached by Aaron Putze, who encouraged him that his story and the story of how Hayden Fry turned the Iowa Hawkeyes around was a story worth sharing. Aaron spent the next few years compiling facts and stories, and Chuck Long: Destined For Greatness was published this past summer. Since then, Chuck has been touring Iowa, doing meet and greets and book signings for the book. Your stories were very interesting, Chuck! Thanks for visiting our Rotary club to share with us. 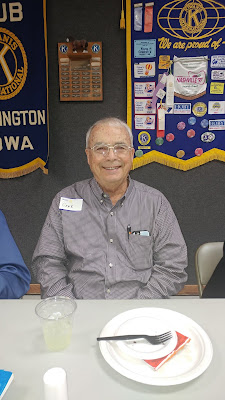 Mike Doughy is a former Rotarian who visited from Des Moines. 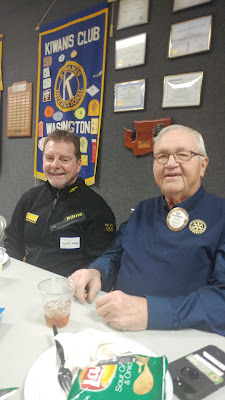 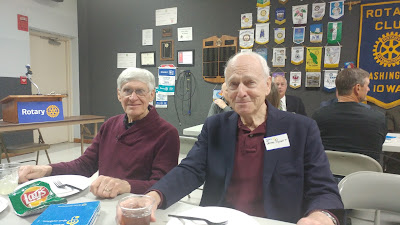 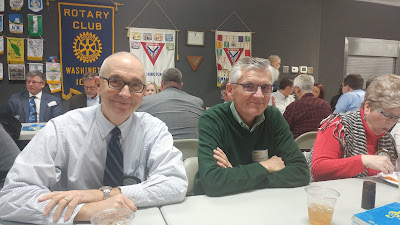 Our program was given by Chuck Long, who also brought his assistant, Angie Peterson. They are pictured with Bob Vittetoe. All three were guests of Jim Mostek. 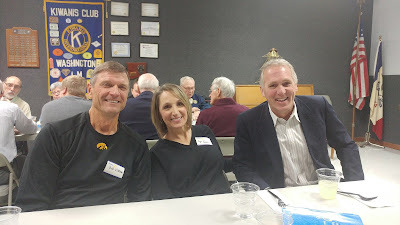 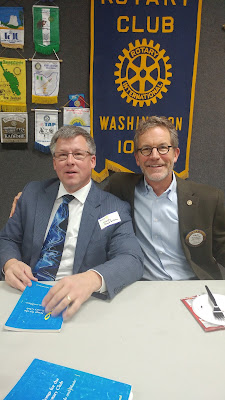 Chuck hung around after the regular meeting to greet fans and sign books. These will make great Christmas presents for Iowa Fans in the area. Thanks for visiting, Chuck! 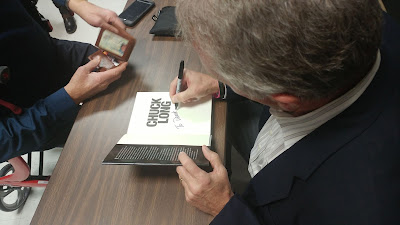