This week we were joined by Tom Narak, the District 6000 Rotary Governor. His wife Carol, also joined him on this visit. Tom and Carol entertained us with their story of how they came to be involved in Rotary. Tom initially joined Rotary during his time teaching in Schuyler Nebraska in 1979. Tom and Carol are both retirees of the education system. Because of their careers in education, the Naraks have a passion for helping underserved children. Their focus for Rotary is to push for improved literacy for young children, as well as preventing child abuse, and, of course, ending polio world-wide. They encouraged all Rotarians to "Be the Inspiration" by sharing stories of those involved with Iowa MOST, helping to fix cleft palate in third world countries, and RAG for club foot deformities. Their message was clear, that they hope to inspire everyone to do good in the world, even in the smallest ways, by getting involved in the community.
Tom encouraged the club to think outside the box, to come up with new ways to increase membership, new projects to get involved with, and new ways to organize club events. He wants every club to be individualized to mean the most to its members. One way to go about this is beginning a RotarAct program, to get younger community members involved in service projects even if they aren't Rotarians. Tom would like to see more involvement with Social Media to spread the news of Rotary, so that more people can Be the Inspiration.

Thanks for visiting, Tom and Carol!

You can read Tom and Carol's full biography at https://clubrunner.blob.core.windows.net/00000050027/en-ca/files/sitepage/our-district-governor/our-governors-biography/06-DG-Tom-Narak-Bio.pdf 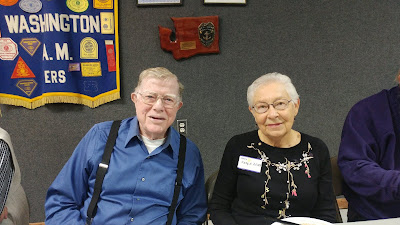 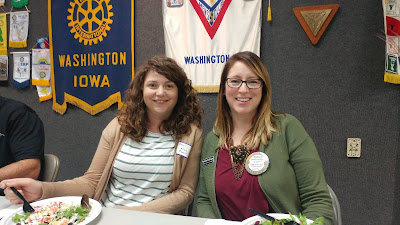 Lynn Koch presented Carol with a plaque and gift card as a Thank You for all the work she does as the District Governor's wife. 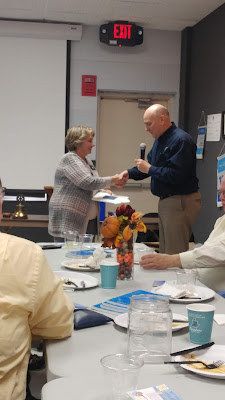 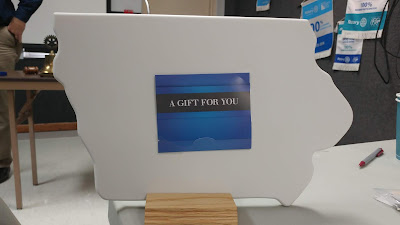 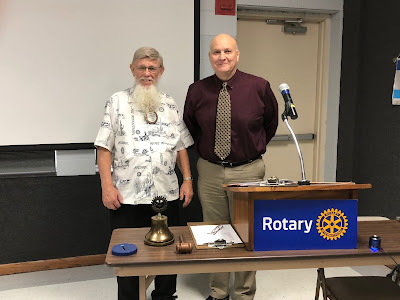