In 1988, 350,000 polio cases were found in 125 countries around the world, including in North America. This was three years after Rotary International established PolioPlus with a fundraising target of $120 million to battle the disease.

By 2012, polio had been reduced to being endemic in just three countries, Afghanistan, Pakistan, and Nigeria. In part that is because in 2009, the Bill and Melinda Gates Foundation pledged $350 million, and challenged Rotary to raise another $200 million for the Global Polio Eradication Initiative. 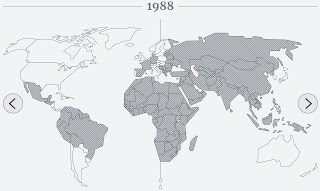 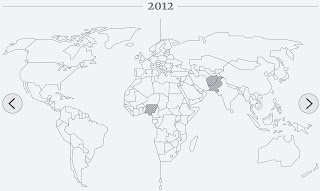 Rotary International, and Rotary club members like us, are making an amazing difference around the world. Together, we are making the world a better place.

Thanks to Rotarian Jim Mostek for inviting Kalona Rotarian Dan Bontrager to speak about his work as a high school football referee through the Iowa High School Athletic Association, and as a Big 10 Replay Official for the UI Hawkeye football program.

In Dan's day job, he is a CPA and owns Bontrager Tax, Accounting, and Consulting LLC in Kalona.