The editorial staff is a little behind on updates.

Here are some guests and visiting Rotarians from the last few weeks. 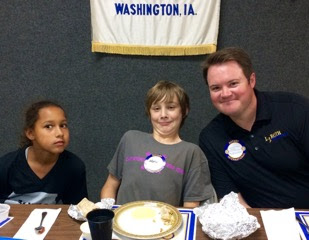 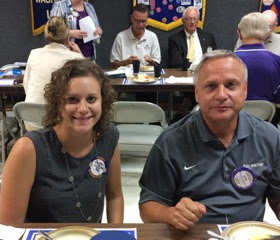 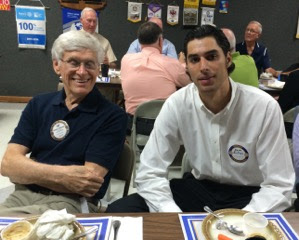 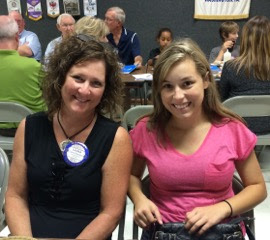 Laura Bombei brought, well, someone that looks a lot like her. 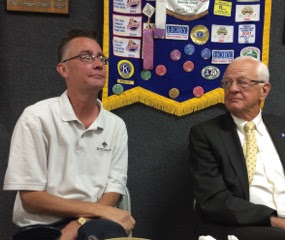 John Moenck and Mark Kendall. Just a picture begging for a caption. 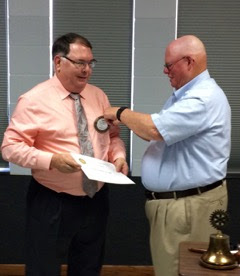 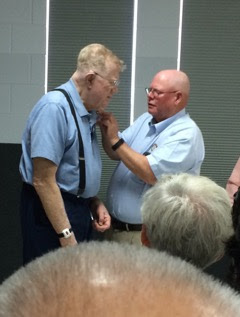 Club President, Cheryl Kurtz ran her first Club Forum on Sept. 1st. She also gave a little bio on herself.

Cheryl was born in Hannibal MO and eventually ended up in Kirksville where she met Dean Kurtz while studying for her BA in Music. After they married they taught at Pekin-Packwood School District for 13 years. In 1986 they moved to Washington.

In 1999 she started at Golden Crest Realty, where she is the broker/owner/realtor today.

Cheryl and Dean (a Kiwanian) have 3 kids and 7 grandkids.

Cheryl announced that Amber Trettin would assume the role of Club Secretary as new mom, Kierstan Peck takes a hiatus on her Rotary membership.

Mark Kendall's resignation was also announced due to his time constraints at his CPA firm.

Cheryl reminded club members to ask other businesspeople to attend Rotary to try it out and see if a service club is an engaging fit for them.

Treasurer, Terry Engelken noted that the District Grant application for $5,000 toward the Washington Auditorium project had been submitted and was waiting for approval.

Past President, Susan Wellington was reviewing the club bylaws and developing revisions.

Nancy Rash said that there were 669 tickets "out" with Rotarians for the 26th Annual Turkey Dinner on Monday, September 12th. If you're holding on to some tickets, turn them back in or selling them! 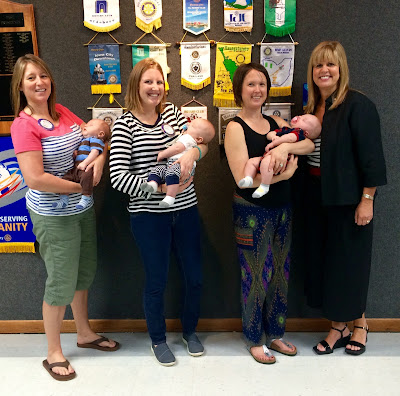 Washington Rotary is pleased to report that we have three new mom's in our club. Last April, all we had were three pregnant Rotarians.

Surprisingly, all the babies went to sleep during the club forum.
Since the editorial staff of this newsletter are men, we can only report that these 3 kids were born at various times throughout the summer, and maybe the late Spring.