Don't forget the exciting Washington Rotary Club's Annual Award Dinner on Wednesday, June 24 at 6pm at Marr Park's Education Center near Ainsworth. This is always a great time to celebrate some outstanding students and community members.

Two weeks ago, we got to hear some reflections from Dr. Mike Jorgensen as he retires after 5 years as superintendent at Washington Community School District. Welcome to Senior Active, Dr. J! 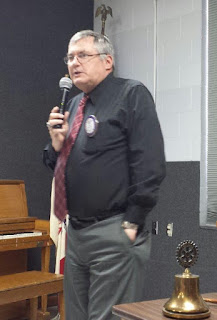 Dr. J said that he had qualified as a sprinter for the Olympic try outs, but changed his plans in favor of the opportunity to teach and be a basketball coach in Marshalltown. He later coached at Perry and won the state basketball championship.

His goal was to become an NCAA basketball coach. He said his championship team in Perry graduated 12 seniors. The next season, the Perry team went 4-12 which made him rethink his future coaching plans.

Mike gave up his college coaching dream and went to work for the Area Education Agency (AEA), and had the opportunity to advance if he got his school administrator license. When that didn't pan out as planned, he switched to being a superintendent at a western school district. That also led him to Washington 5 years ago where he has helped to guide the Washington Community School District.

Mike said that he has enjoyed a great School Board, and a wonderful staff and community. 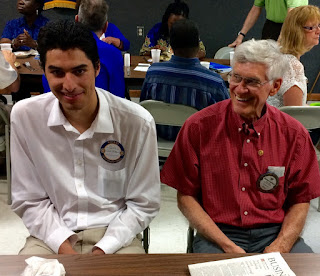 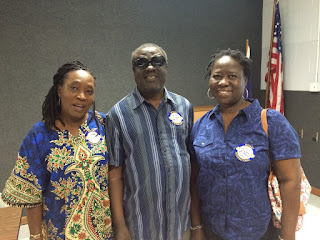 From the Mt. Pleasant Rotary club, it was great to have Professors Bisi & Bitrus Gwamna, and Jummai Victor from Nigeria. 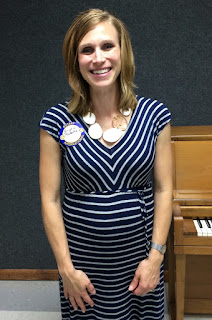 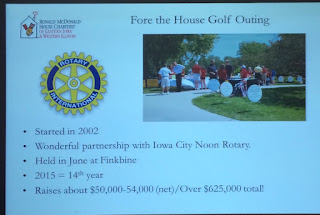 The Iowa City Noon Rotary club hosts a fundraiser annual golf outing at Finkbine that has raised over $625k over the years, and over $50k annually.

Here are some handouts about the Ronald McDonald House and how we can help them better serve families in need. 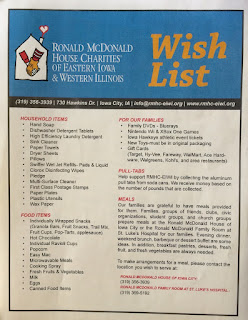 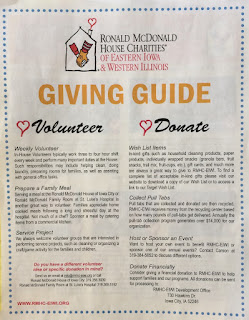 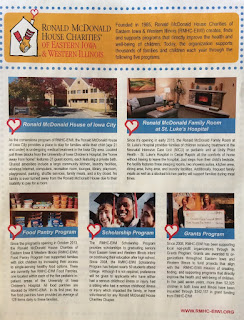