Welcome Elisa Coffman to Rotary. Coffman has her own massage therapy studio near Washington and is considering joining Rotary!

Also, welcome to Teri Hartzler of the Washington County YMCA.
Thanks to Kierstan Peck for inviting fellow Kirkwood staffer Alicia Harper to Rotary. Alicia works for the Workplace Learning Connection, and was in Washington while helping to coordinate Mock Interviews for high school freshmen. 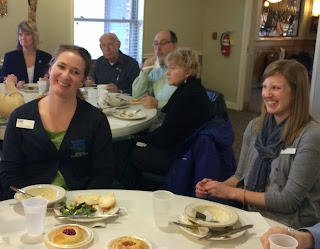 Congratulations to Terry Engelken! He announced that he is a grandfather for the first time! The baby was a boy or a girl, and 20" +/- 3" long, and weighed 7-9lbs. 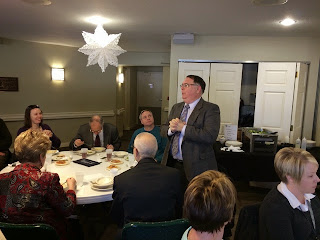 It was great to hear about the Community Connections student mentoring program at Lincoln Elementary School, in partnership with the Washington YMCA. Thank you Kerri Hall and Jodi Ebert! 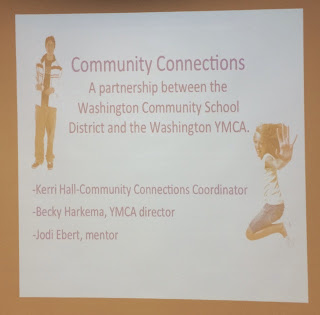 Congratulations to Sue Basten for earning a Paul Harris Fellow!

Don't forget to check out the vacation photo exhibit of Nancy Rash and Lyle Moen through the end of January at the Washington Public Library. "Gateway to New England - Photo Artistry XXIV" (24) 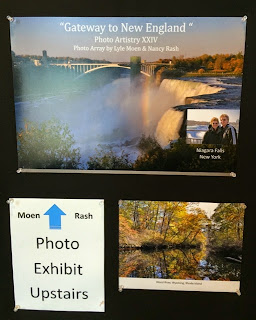