We all sang Happy Birthday a second time for Sherry Simpson, after our first Happy Birthday for Bob Wollenberg and Ryan Walker, our March B-day Rotarians. 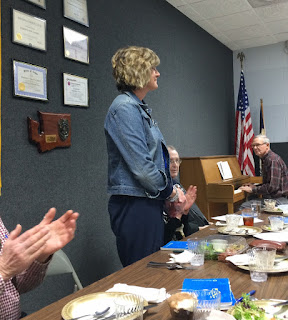 Speaking of birthdays, it turns out that 8% of the club was born on February 24! Here are the conformists:

Brent Hinson reminded the club he's been Washington City Administrator since October 2011. Previously, he served in Iowa Falls and Garner. Brent attended UNI and then Drake for graduate school.

He grew up in Mediapolis and is married to wife, Misty. They have two children, Ryan and Victoria. Brent is a runner, and recently completed his 1st half marathon, with really no aspirations of running a full marathon.

Brent's dentist is Dr. Ann Harris, but you didn't hear that from Ann.

Thanks to Brent Hinson for inviting himself to give an update on the City's current and upcoming plans to make improvements to the water system. The City is moving toward a RO (reverse osmosis) water treatment system. The City is also working to complete a new half-million gallon water tower on the north side, after replacing the 1 million gallon ground level storage tank. The City is also planning for a new deep Jordan Aquifer well, and systemwide distribution maintenance and improvements.

Brent noted that Washington does not have any lead pipes in its water distribution system, although some property connections to the water system may be lead. He said it is very unlikely that any of Flint MI water problems with lead pipes would happen in Washington. 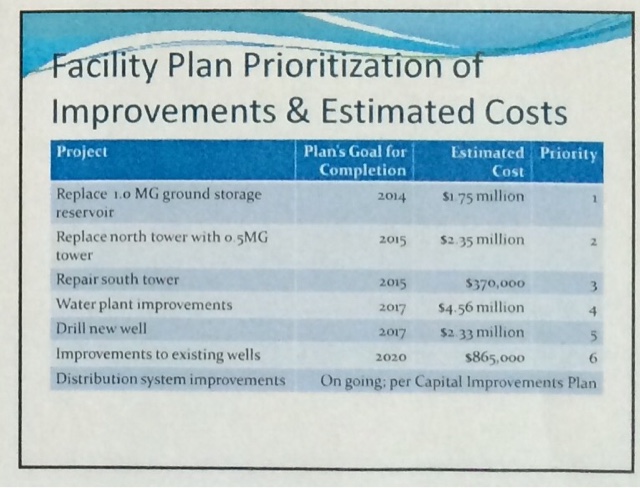