Your Darling is Back!

Thanks to Dennis Hunger for having Don Kline spoke about Lake Darling State Park. Don is a retired Iowa DNR fisheries expert.

Don brought an aerial map of the Park that shows the lake in green, because the water is drained and somewhat of a prairie now.

Don noted that virtually every major feature of the Park has been worked on over the past few years, and some going on right now while the Park is closed to the public. He said when the Park reopens this summer it will be like a new State Park. 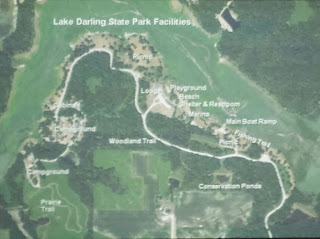 The developed area on Lake Darling's south side is seeing a lot of improvements. 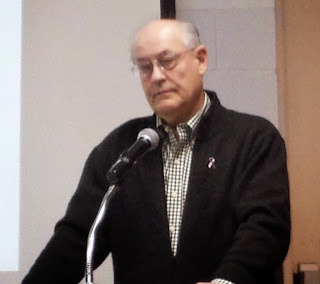 Kline said that the annual economic impact of Lake Darling (when it is open) on the area is about $8 million. He said that the new cabins will rent for about $300 per week. After a couple more years for the fish to grow, the fishing will also be great.