It was great to hear about Bob Kennedy's trip this past September to his home County Down in Northern Ireland at Rotary this week. 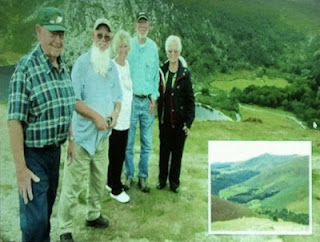 Bob's Great, Great, Grandfather came to America in 1852. Of course, Bob was just a boy then.

Bob and his siblings, John Kennedy, Dick Kennedy, and Martha Hahn, plus a friend, Maryann Brindley, spent 13 days on the Emerald Isle visiting County Down and other locations of interest.

Speaking of Irish gnomes, Phil Ropp of Kalona Rotary scored a program from Dr. Tom Davis this week. Not as cool as Bob's travelogue, but fairly interesting nonetheles. 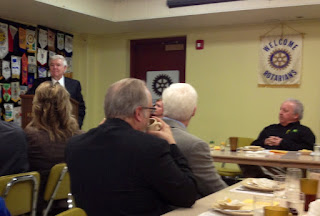 With all of Bob's talk about the lush countryside of Ireland, it brings The Hobbit to mind. Great flick.

REGISTER FOR THE DISTRICT CONFERENCE! - and bring some shoes

Remember that District 6000 Governor Terry Geiger is encouraging all Rotarians to donate a good pair of shoes for the District Conference from April 11-13 at Honey Creek Resort. Registration is open now!